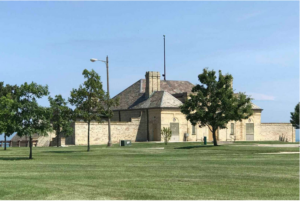 The Southport Park Association, working in partnership with the City of Kenosha, has been awarded a grant in the amount of $87,000 by the Fund for Lake Michigan. The amount awarded will be used to develop detailed engineering specifications for the storm water drainage system in the Southport Beach House and the design of a detailed landscape plan to mitigate watershed pollution along the coast of Southport Park. These plans are Phase 1 of the Southport Park Watershed Rejuvenation Project.

The project looks to move beyond the restoration of the Historic Beach House to needed improvements to the shoreline and landscape. These improvements will address pollution runoff associated with storm water, erosion, habitat restoration and park accessibility. The City of Kenosha will provide contract administration management for the design and engineering phase of this project.

Read the rest of this article 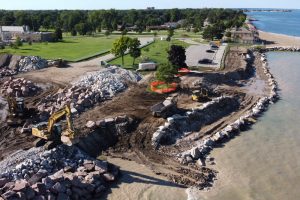 By Steve Marovich for Kenosha.com October 29, 2020

There’s plenty of excitement these days along Kenosha’s southern lakefront about the future of Southport Park, 7501 Second Ave.

A renovation is underway of the historic Southport Park Beach House, along with a multi-million dollar revetment or fortification of the sea wall south of 75th Street.

What’s next, according to city and neighborhood planners, is a major effort to improve the park itself.

The plan calls for a the installation of a natural prairie garden landscape, which would include new pedestrian and bicycle paths, new activity areas for all age groups, expansion of Americans with Disabilities Act (ADA) accessibility throughout the park, a venue for watercraft and play equipment rentals, along with upgraded electrical, lighting and signage.

Read the rest of this article